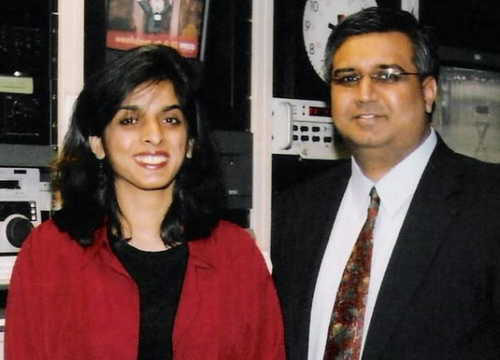 The Associated Press reported yesterday that, “The founder of a Muslim-oriented New York television station was convicted Monday of beheading his wife in 2009 in the studio the couple had opened to counter negative stereotypes of Muslims…”

The report went on to state that Muzzammil “Mo” Hassan never denied beheading his wife, which took place inside the offices of  TV station in which they also lived.

Police reports indicate they had responded to calls for domestic abuse at this location prior to the incident.

The Hassans had 2 children, ages 4 and 6, who were left waiting in a van parked outside the police station while Hassan went in and calmly reported he had just beheaded his wife.

The practice of “Honor Killing” is still an accepted practice among some fanatical Muslim men, including in Hassan’s native Pakistan, when they feel betrayed by their wives.

Nice job of helping to counter the negative stereotypes of Muslims there, Hassan. I know I feel a lot better now.

Something Else to Worry About? Analog Sunset Begins! »
« Turn It Up Tuesday!