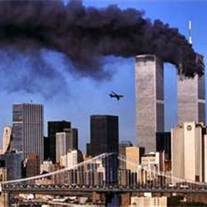 We just passed through another agonzingly tedious observance of September 11, 2001 and throughout the week’s-worth of new documentaries and old documentaries and new Facebook games (Where were you when you heard-type trivia games) and file footage of Matt Lauer with hair watching the towers on fire, on and on.

I was struck this year with some grown-up thoughts about this annual observation: When will it end?

Pearl Harbor happened in 1941, was the very reason we went to war with Japan, although it was about to blow up over a number of things, but we stopped doing these over-the-top, patriotic, emotionally-charged anniversaries by the early 50’s, according to modern-day historians.

Viet Nam lasted for us from the early 60’s until the mid-70’s and we couldn’t forget it fast enough…55,000 American troops and soldiers died, tens of thousands more wounded, permanently disabled. By the early 80’s, we had stopped talking about it.

But for some reason, we keep the deep national wounds and emotions and anger running hot year after year over September 11, 2001. It’s been 11 years and there’s no sign we’re ‘getting over it’ like we’ve done with other national trauma.

Is there a huge, national, annual observation for the victims of the Oklahoma City FBI Building bombing? Nope! They were victims of a terrorists, too.

But last week, television was steeped in every kind of video clip, 911 call, images of falling bodies and ash-covered pedestrians plastered all over. . .again.  Networks actually worked very hard to find new ways to dissect and parse each morsel of each moment of that day.

Why do we continue to drag this out like it happened last week? What makes this so different? Is the media beating this thing every year for ratings and we poor dopes in the audience land don’t realize we’re being manipulated for ad dollars?